Choice and control in horse training 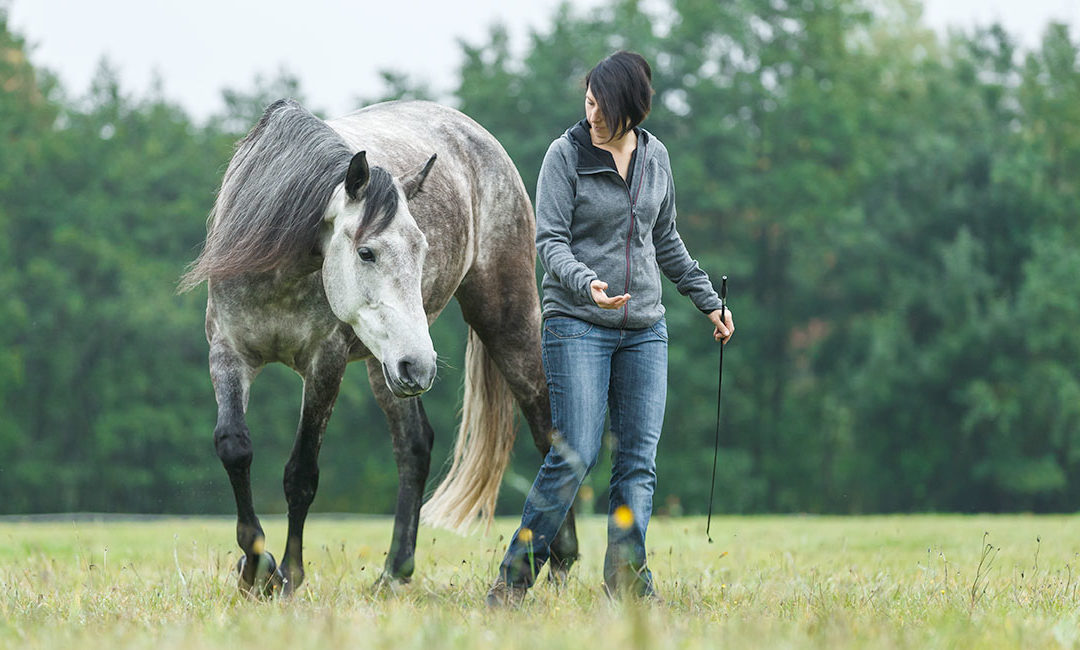 One topic becomes more and more important in animal training: giving animals more choice and control during training and also in their normal life. I think the definition of “choice” is not so easy and changed a lot during the last 10 years. In the beginning of “force free training” or whatever we might call it, we or most people thought, that choice would be defined as “saying no without unpleasant consequences”.

By falling into the following traps you might unintentionally restrain the animal’s choice:

And this is just the the first level of “providing choice” and a broader definition. There is a lot of space between “absence of unpleasant consequences” and “having more than one pleasant option to choose from”. Such as choosing between different options, without creating a disadvantage for the animal (e.g. choosing “no” under the same conditions as “yes”).

So even when we are training with a cooperation signalEin Zeichen bzw. ein Reiz, der für das Tier eine Bedeutung hat und ein Verhalten auslöst oder einen emotionalen Status hervorruft. Ein Signal kann z. B. ein physischer Reiz sein, or a “start button”, this needs to be taken into consideration. Yes, it is a good idea for some tasks to give the animal a way to say “yes” to the behavior, for example by adding a start button. But as long as we don’t reinforce the “no” the same way we would reinforce the “yes”, there is still a risk that the animal only takes “yes” because it’s a chain of behaviors and just one option will be reinforced. This is just one example of how difficult it can be.

And there are still some questions I need to think about, such as: “Does choice need a conscious, willing participation, especially when we think about classical conditioning?” Or do we take choice away, when we are just conditioning to a stimulus? Well, I think this is more of an ethical question, where everybody needs to make up their own mind . After all, we can’t always choose freely and sometimes we can’t even control what we need to train, because some things are just necessary (however, we can choose HOW to train). In any case, it makes sense to think this through and to become more aware of the implications for our training, regardless of how we decide in the end.

So I think, especially with regards to the experience of the trainer/handler, it’s just like the “least intrusive, minimally aversiveBei einem aversiven Reiz oder aversiven Stimulus im Sinne der Lernpsychologie handelt es sich um einen unangenehmen Reiz, der eine Vermeidungsreaktion auslöst.”-agreement, we should know our options and provide as much choice and control as possible, but at the same time know, that it’s not always possible under all circumstances.

This is just a quick sum-up of my opinion on this topic. Let me know, what you think and if you want to read more about it!